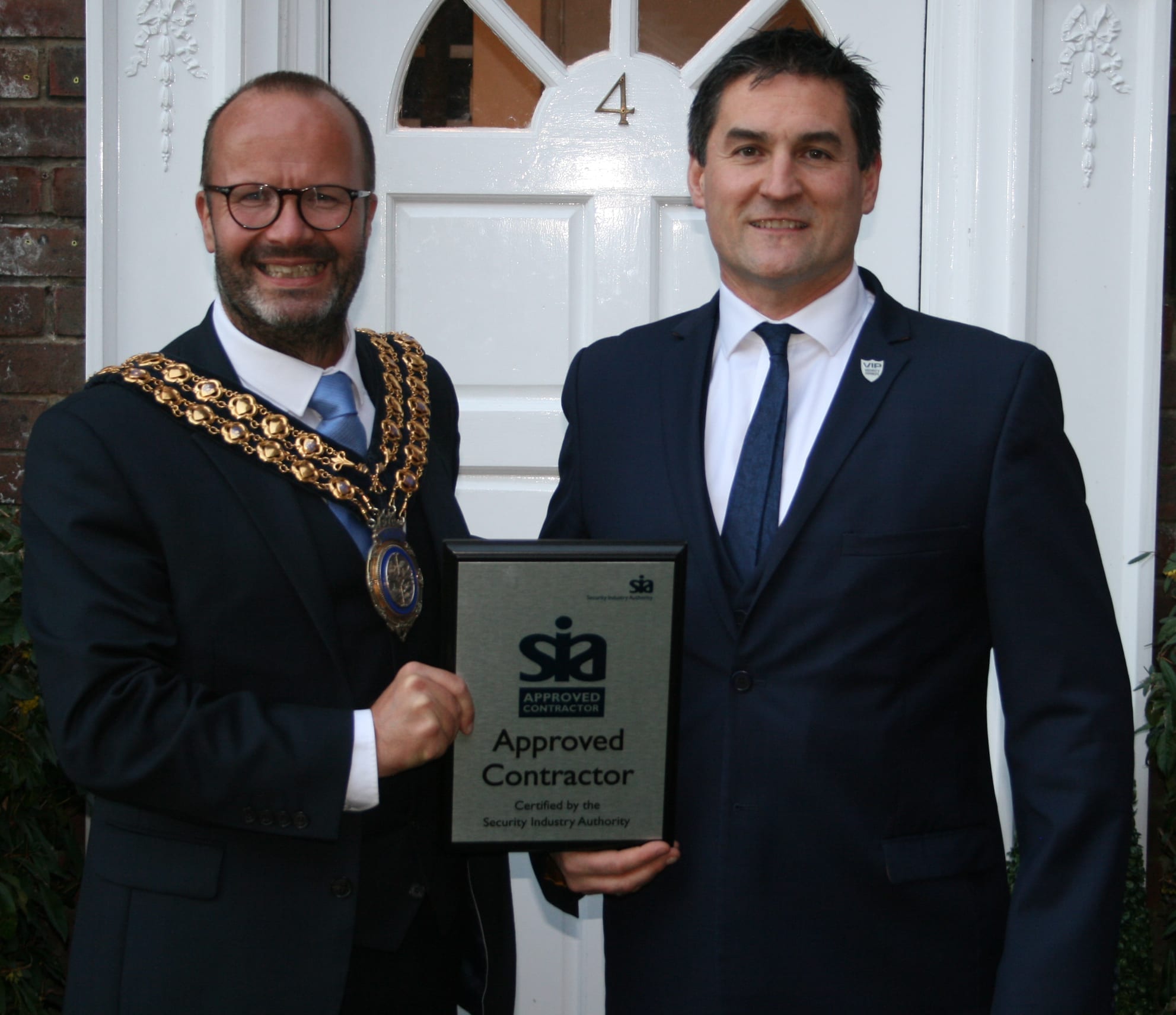 We’re celebrating a string of top accolades by a visit and presentation from the Mayor of Basildon, Cllr David Dadds.

Darren Hyde, MD, VIP Security Services is proud of the company’s achievements. He says: “We know that we provide a whole raft of security services from event security to doormen and bodyguarding to neighbourhood patrols at the very highest of levels. However, now that we have been awarded the top industry benchmark, it is further proof of our commitment to excellence and exceptional standards in the security sector.”

Alongside the SIA award, VIP Security Services has also been awarded certification from Construction Line, which will help the company gain further contracts within the construction sector.  Construction Line was originally set-up as a government department and now supports thousands of businesses across the public and private sectors to find the best supplier for their needs.

The Mayor of Basildon, Cllr David Dadds, said: “I’m really pleased to see such a dynamic, rapidly expanding company achieving so many top accolades. It’s important that we encourage businesses to grow and work together to promote the borough as a place to invest.”

GET IN TOUCH TODAY TO SEE HOW WE CAN HELP

This site uses cookies. By continuing to browse the site, you are agreeing to our use of cookies.